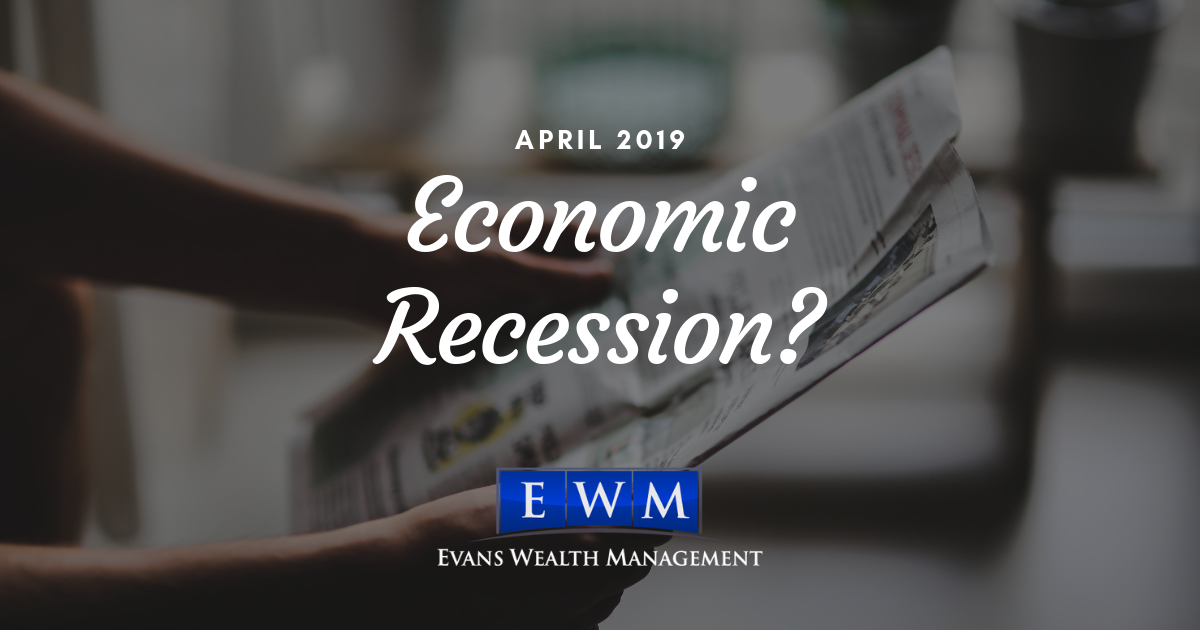 Recession chatter is abundant lately. Perhaps heightened recession concerns are to be expected given the duration of the current growth cycle of the U.S. economy—which will become the longest post-WWII economic expansion if a recession doesn’t begin by July of this year.

The bottom line is the U.S. economy will move into a recession at some point. It’s inevitable. They always occur at the end of a cycle and set the stage for the subsequent cycle. Recessions haven’t been outlawed, nor can (or should) they be prevented at all costs by the Federal Reserve or other policy-makers. What we don’t know is the length of runway between now and the next recession. I believe an earnings recession seems more likely in the near-term than an economic recession.

Having little interest in being overly negative, I’ll conclude with the reasons why the length of time between now and the next recession could remain fairly long. Both household and business balance sheets remain relatively healthy. The Fed has taken a dovish turn. Some version of a trade deal with China may be in the works. And although still up from last year’s low, unemployment claims have recently ticked lower again. But it’s never too early to spend time assessing the risks associated with recessions. Perhaps last year’s near bear market in December was an indication of a recession starting as soon as this year, or perhaps it was a head fake. I believe an earnings recession is a possibility this year, even if we can avoid an economic recession starting this year. But given myriad late-cycle conditions, we continue to urge investors to be prepared for the end of this cycle with proper asset allocation and a rock-solid discussion with their financial advisor.